Rapper-singer Bryce Vine, who plays at the Agora next week, talks about his eclectic approach 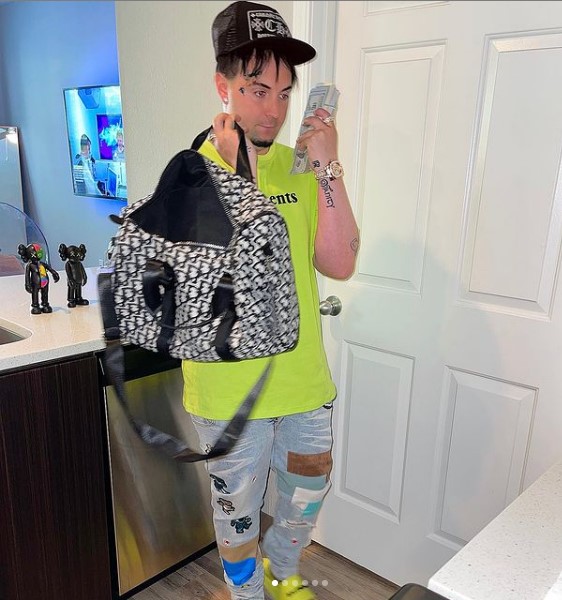 “Rap has become pop. And that’s super cool, ”said singer / rapper Bryce Vine, who is slated to headline the Agora on Wednesday, August 11. He spoke in a recent telephone interview. “I guess, because I grew up listening to so many genres of music… I didn’t really understand why you couldn’t do a country song one day and do a punk song the next. ”

The New York-born, California-raised singer-songwriter drew his influence from opposite ends of the United States for his unique, genre-appropriate style.

“My family is a group of New Yorkers who came to California. Like, they don’t talk bullshit… The New York reality is what I’m trying to capture. But man, it’s so nice living in California, ”Vine says. “The weather is nice all the time. There’s a reason people vibrate here, and they feel good… it’s easier to be happy here.

Vine now has two singles that have been featured on the Billboard Hot 100, but the road to commercial success has been a long one for the 33-year-old.

“I didn’t always want to continue; you won’t always get everyone’s validation, ”says Vine. “So you just love doing it because you really love it and it makes you feel better. If I was good at anything else I probably would have moved on at some point, maybe. But I was good at something else. wouldn’t have been so happy. Because nothing feels better than finishing a great song. So I kept focusing on that.

Vine had reached a crossroads after turning away from virtually all of the major labels because they found it too difficult to package their music into a specific genre in order to sell it. It was then that he took a step back and changed his approach.

“Instead of trying to give everyone what they wanted to sign, I started doing what I wanted to do when I was young. And then it started to change, ”says Vine.

His breakthrough came with “Drew Barrymore”, a track he had written with his friend and co-writer JP Clarke and released independently.

“It’s like a live version of beetle juice“Vine says of the concept, laughing that when he wrote the track he never thought he would have someone to explain it to.” I was just imagining … Being in a room – like, almost like ghosts – just being in a room with someone you’re supposed to be with for the rest of your life. ”

Vine and Clarke had written all of the verses, but they stalled, looking for a hook, until Vine sifted through old voice memos on her phone. He found a two-year-old with Julia Michaels, whom he had met by chance at the studio.

Vine heard Michaels sing the line “you’re the next Drew Barry, and I want more,” and the rest is history.

“Drew Barrymore” took enough traction that Vine had some leverage to move forward. He then signed with one of Warner’s record labels and released his follow-up hit, “La La Land,” a catchy California anthem that pokes fun at the wealthy kids and social media influencers who rule LA.

“People don’t mind being laughed at if they feel like you’re talking about them,” says Vine.

The trip to the top gave Vine two gold records, a VMA performance at Radio City Music Hall, and many priceless stories.

Vine remembers opening Hoodie Allen in the Netherlands several years ago. Machine Gun Kelly stopped her tour bus and asked if they wanted to help them smoke all their weed before crossing the border.

The next time Vine met the Cleveland MGK, they were in the studio working on “Stay Away,” the track Mod Sun and MGK which then drew Blink-182’s Travis Barker to MGK.

But in the meantime, Vine is set to release a new single, “Miss You a Little,” with alternative rock band Lovelytheband on Friday.

Lovelytheband lead singer Mitchy Collins sent Vine a beat with a high-pitched vocal melody, and the duo met in person to write the full track that explains how we as humans tend to romanticize. the past.

“Everyone’s been in a relationship that ended, and like, when it ends, you look back, and there’s a point where you think, ‘Oh my god, look at all these things that I’m leaving to fall. All these memories, all these good times, did I screw up? Did I make a huge mistake? ” ‘Said Vine. “And then after the times go by… you start to, like come to your senses and see the other side, you know.” The not-so-great things that you can’t see through rose-colored glasses. And that’s why, like, the song is like, ‘I miss you. I miss you a little bit, but I miss you a little bit all the time.

It’s been so long since Vine played a show that he sometimes forgets that he’s “actually been successful in music.” He’s nervous but ready to appreciate every little thing about the tour again.

The pandemic has done wonders for Vine’s writing, and he can’t wait to play songs he’s never played before like “Problems” and “The Game”, both of which he wrote about life. through the BLM protests and the COVID-19 pandemic.

“I just wish I could be the soundtrack of people’s lives,” Vine says. “I would like to give them tips that they can use for those specific times that are important to them – whether good or bad – and help them get through them. If that’s how people remember my music, I think that’s enough.

Sign up for Scene’s weekly newsletters to get the latest Cleveland news, things to do and places to eat straight to your inbox.