Pioneering musical concept Anyma, the brainchild of Matteo Milleri of Tale Of Us, has unveiled the new EP ‘Claire’, now available on Rose Avenue Records.

A release in three tracks, a title song and the opening of the EP ‘Claire‘see Anyma deliver a sparkling dose of indie-electronica. Co-produced by the Faroe Islands composer Janus Rasmussen, it is full of emotion and punctuated by the bewitching voices written and sung by Delhia From France.

Speaking in an interview with Rose Avenue Records, Matteo Explain : “Anyma is my new solo project aiming to discover my artistic individuality, it is the digital extension of my character combining digital art, electronic music and immersive experiences.“

He adds : “Using the immense possibilities of mixed and extended reality, Anyma creates a universal language of its own, bringing artist and audience closer together and blurring the lines between real and surreal.“ 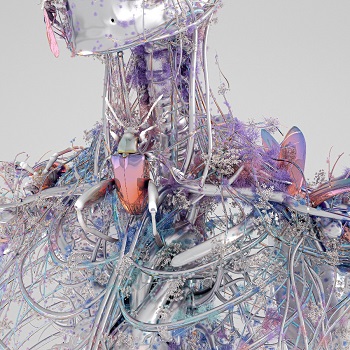 ‘Claire‘ Brands Anymathe second release of ‘after the first EP of last month’Sensitive‘, a shimmering four-track that included a collaboration with the Berlin artist Rosa Anschütz.

A series of additional releases are in place for the coming months, culminating with the debut album. GENESYS at the end of the year, while the launch of TVN digital works of art have also been planned.

Anyma also collaborated with a digital artist based in Berlin Giusy Amoroso a.k.a Marigoldff and IOR50 Studio, to deliver the world’s first full-size definition TVN the clip was released on July 21. The owner of this TVN will own the full original video on Super rare in perpetuity and two additional 15-second animations that extrapolate to the characters in the clip. The full announcement arrives next week.

Using the immense possibilities of extended reality, Anyma creates a universal language of its own, bringing artist and audience closer together and blurring the lines between real and surreal. The result is an interactive space that presents itself as a journey of discovery, comprising human expressiveness and creativity through the analysis of souls and emotions.