An unprecedented, star-studded collection of America’s top jazz labels in support of musicians affected by the pandemic arrives November 12 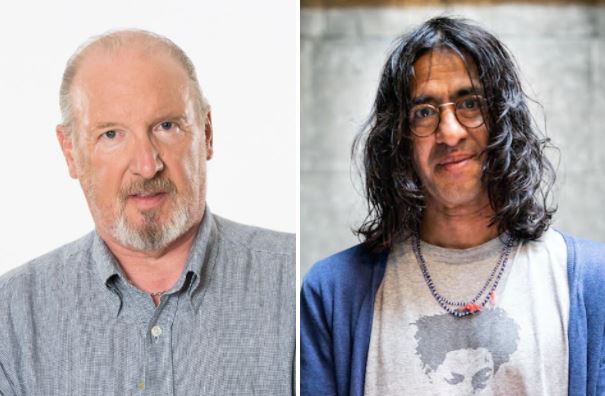 All net proceeds from the package – including studio and live tracks from leading jazz artists – will benefit the JFA Musicians Emergency Fund, established in the spring of 2020 after the pandemic forced the industry to the music to a sudden and catastrophic stop.

JFA Executive Director Joe Petrucelli says, “The Jazz Foundation of America deeply appreciates the artists, songwriters and label teams who have contributed to this project with such compassion and generosity. As the restrictions related to the pandemic continue to lift, we recognize that musicians will face a particularly long recovery. They were among the first to be affected by the effects of the crisis and will be among the last to regain a real sense of normalcy or stability. We and our partners are here for the long haul.

The compilation ends with a live quintet performance captured during the 2014 JFA benefit show “A Great Night in Harlem” at the historic Apollo Theater in New York City. It includes pianist Herbie Hancock, trumpeter Wallace Roney, who died after contracting the coronavirus, bassist Buster Williams, drummer Albert “Tootie” Heath and tenor saxophonist Jimmy Heath, the composer of the number, who died at the age of 93. years in January 2020, in a poignant version of “Gingerbread Boy”.

“I am honored to be a part of this meaningful project which supports the important work of the Jazz Foundation, which has always been there for musicians going through difficult times. They were a particularly critical resource for the community during the pandemic, helping those in need of medical attention, putting food on the table and paying their rent, ”Hancock said.

The ensemble is just the latest pandemic relief effort mounted under the auspices of the JFA Musicians Emergency Fund. Fundraising events for 2020 included the #TheNewGig virtual concert in May, an international online “Gershwin Global” performance conducted by Israeli pianist Guy Mintus in July and the Charlie Parker-themed “Bird Calls” streaming fundraiser. in December.

Mack Avenue Music Group chairman Denny Stilwell, who led the formation of the label consortium with longtime JFA board member Geoffrey Menin and entertainment lawyer, said: “We met by conference phone for about two months before the idea of ​​putting together an album. has come. The initial impetus was to raise money for the fund. About eight weeks later, Blue Note president Don Was said, “Why don’t we make a record? Let’s all contribute to a few leads. ‘ There was a nanosecond of silence, and then everyone in our base group – including John Burk in Concord, Jamie Krents in Verve – said, “Yeah, let’s go. “

“We all decided that we were going to look at the vaults and agreed that we wanted to have some unreleased tracks… Once we got all the music together we shared a few ideas and Joe Petrucelli, John Burk and Will Wakefield set the sequence. finale of how the pieces would play out. I think it works great!

Relief marks the first recorded appearance of a performance from one of the JFA’s annual benefits at the Apollo. (The 2020 “A Great Night in Harlem” show, which was slated for April 14, has been postponed due to the COVID outbreak.)

Stilwell recalls, “Joe Petrucelli was pretty excited to include a live track. What makes this trail heartbreaking and relevant is the inclusion of Wallace Roney, who was one of the first in our community to switch from COVID. I think this track, which also features Jimmy Heath, who also left us last year, has extra weight and meaning for all of us.

The press release did not specify where the LPs will be available for purchase but as soon as we find out we will let you know.